The Mission Navigation Belt (MNB) is a lightweight belt that allows soldiers to feel waypoint navigation cues through haptic feedback. It keeps soldiers’ hands, eyes and ears free, allowing them to concentrate fully on their surroundings and mission.

In the field, situational awareness can make the difference between mission success or failure, and life or death. Traditional waypoint navigation requires soldiers to check their screens or listen to audio feedback, forcing them to take their focus away from their surroundings. This can be both dangerous and cumbersome. Moreover, screen lights at night and auditory cues may inadvertently betray soldiers’ positions.

The solution is to use haptic feedback – vibrational feedback applied to the body – to communicate navigational information. This improves situational awareness by freeing up hands, eyes and ears for other tasks. There is no need for soldiers to stop and check their screens and no risk of audio cues being drowned out by other sounds. 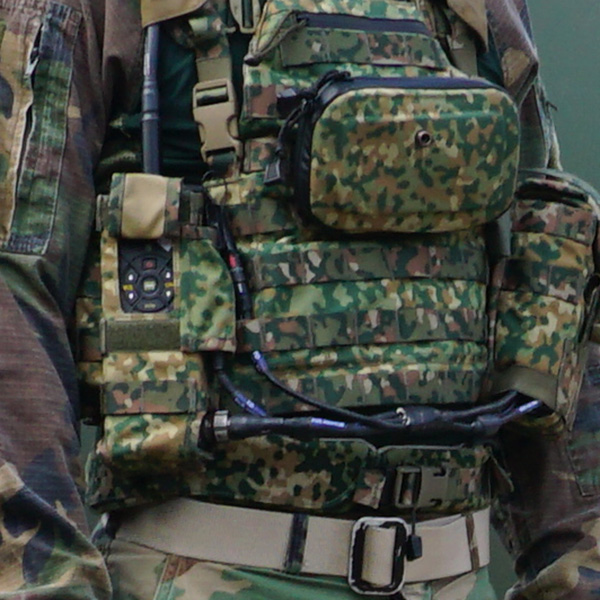 Mission Navigation Belt: How it works

The Mission Navigation Belt is a lightweight, ergonomic belt that is worn around the waist. It connects to existing GPS-based soldier systems and communicates navigational instructions to the wearer through tiny vibration motors. 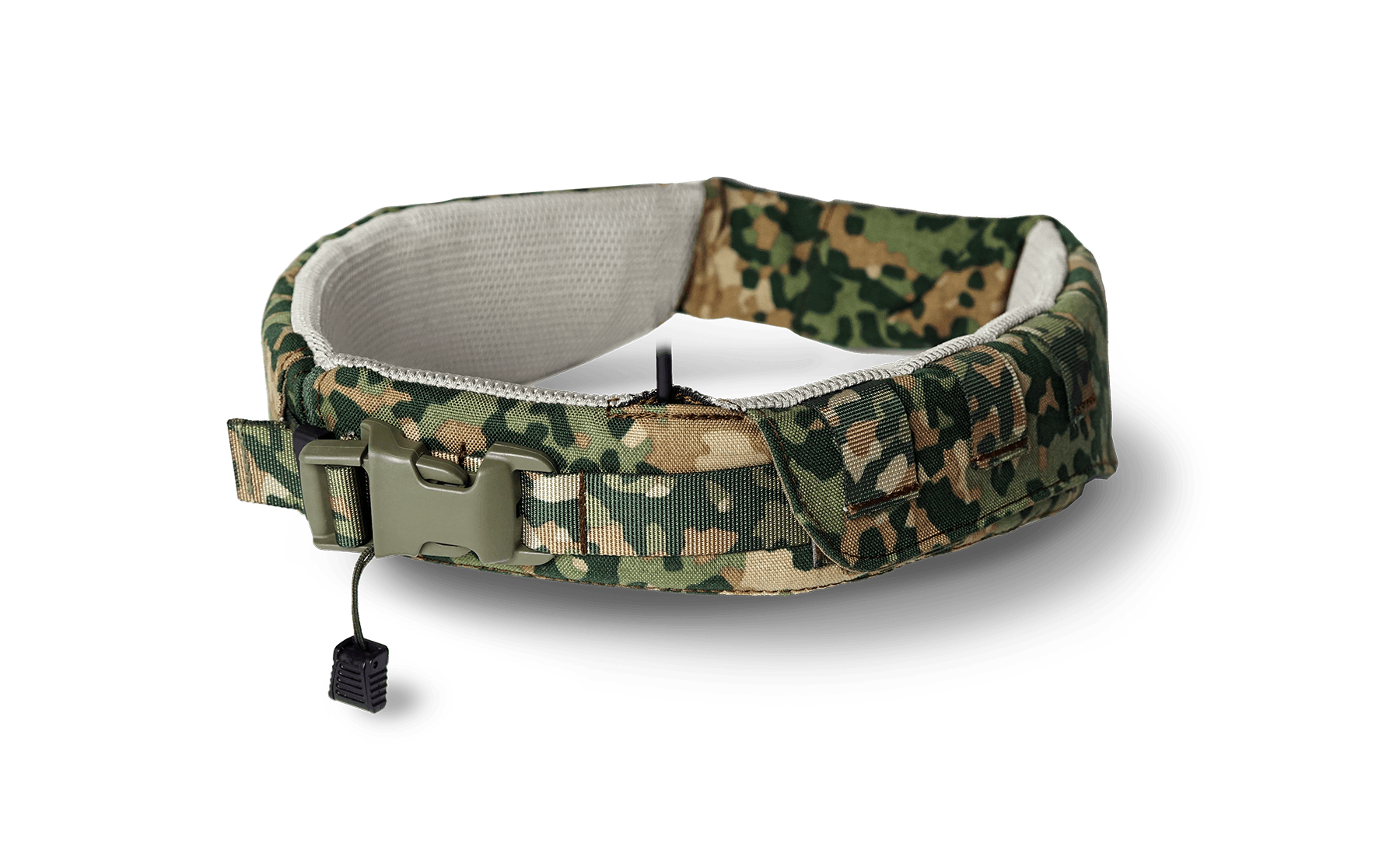 1
The MNB plugs into the soldier system and receives waypoint navigation information.
2
The 7 evenly spaced vibration motors translate the navigational information into intuitive tactile patterns. These indicate the direction to the next waypoint – regardless of the direction the user is facing.
3
The MNB contains patent pending technology that allows precise sizing adjustments without compromising the haptic feedback consistency.
4
The robust, waterproof design ensures the belt functions under the most demanding circumstances.
5
Lightweight: The MNB does not require an additional battery; it draws (minimal) power from the soldier system.

The belt placement around the waist and the precise vibration patterns make navigation extremely intuitive: Soldiers can reach their destinations quickly and safely, while staying focused on their environments. The MNB can be used to navigate on foot, and in vehicles both on land and water. This means the user can change seamlessly from one mode of transportation to another without stopping to navigate.

Improved situational awareness through more efficient use of the senses:

Navigation information is conveyed through the underutilised sense of touch, reducing the load on soldiers’ hands, eyes and ears. This allows soldiers to better focus on their surroundings and objectives.

No light emissions and minimal sound when navigating. Navigation cues can always be felt by the operator, even when running or navigating difficult terrain.

Tactile navigation cues felt around the waist are easy to follow and require no learning curve. Elitac Wearables has developed special algorithms that activate the vibration motors in precise patterns that are instinctive, silent, and highly perceptible without being intrusive.

The Mission Navigation Belt can be connected seamlessly to soldiers’ navigation equipment. E.g., for the Royal Netherlands Army, a connection to the Elbit Soldier System was established.

Major Van Veen of the Defence Centre of Expertise for Soldier and Equipment, explained: “Nowadays, soldiers have access to incredible, hi-tech navigation systems, but these all require soldiers to keep checking their screens constantly. This makes an already dangerous job even more dangerous.

The Mission Navigation Belt was developed to prevent reduced situational awareness and it has proved its value convincingly during field tests: Soldiers reported that they were more aware of their surroundings and found the navigational cues very intuitive.

Major Van Veen continued “They were also pleased the belt was comfortable to wear and very precisely adjustable to size. Equally important, the belt connects effortlessly to our soldier system, it is truly plug and play. We look forward to start using the belts on real-life missions and training exercises”. 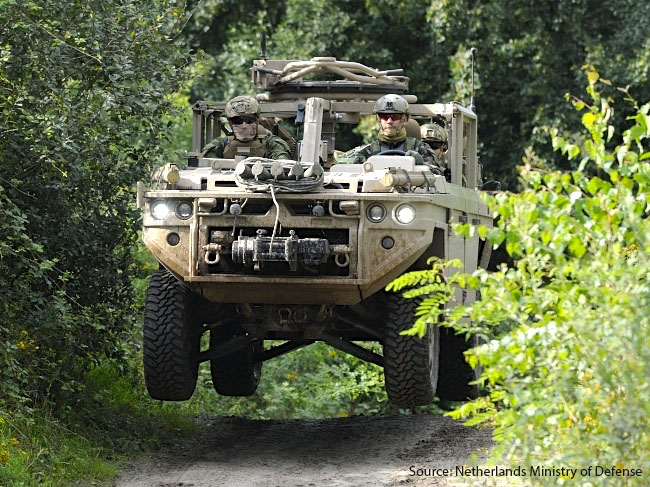 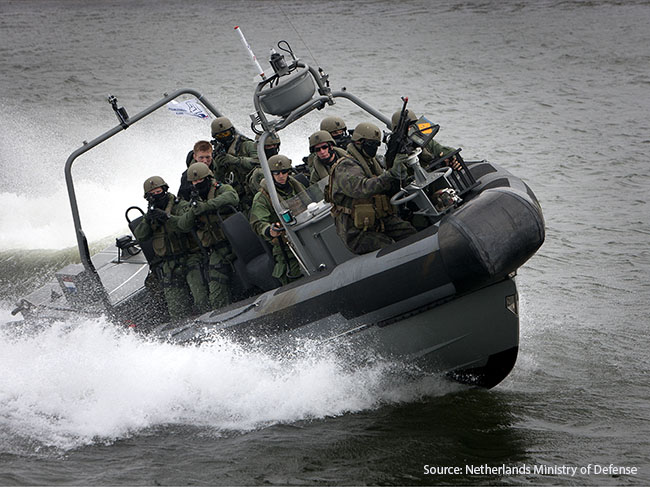 The Mission Navigation Belt was tested extensively by soldiers of the Royal Netherlands Army during day and night-time scenarios, on land and high-speed watercrafts:

“The Mission Navigation Belt is very comfortable; I was not hindered in my performance and I did not feel the belt under my clothes except for the vibration signals. (Belt worn in combination with full equipment).”

“The tactile feedback is beneficial for navigation, especially in the dark. You are more certain of your exact location and the direction you are going and less dependent on landmarks and hand signals.”

“Even on a boat at high speeds and with choppy water, the vibration signals could be felt while wearing the Mission Navigation Belt with full equipment.”

To request more information about the Mission Navigation Belt, please fill in the form below. Teijin Smart Safety will be in touch as soon as possible.

Teijin Smart Safety is the expert team within the Teijin Group that focuses on safety, security and disaster mitigation solutions towards end-users. The team leads the development and commercialization of active & intelligent safety solutions in order to improve the personal safety & protection of professionals working under high stress or in hazardous environments. Working together towards a safer society.

As experts on haptic feedback and the integration of textiles and electronics, Elitac Wearables collaborates with partners to develop wearables from idea to successful products. The company focuses on wearables that add real value and has developed several solutions for the defense, safety, medical and sports markets. By continuously investing in research, Elitac Wearables ensures that it stays on the forefront of new technological developments.

Any cookies that may not be particularly necessary for the website to function and is used specifically to collect user personal data via analytics, ads, other embedded contents are termed as non-necessary cookies. It is mandatory to procure user consent prior to running these cookies on your website.