Realising the benefits of
haptic technology for medical wearables

In this free webinar, you will learn about: 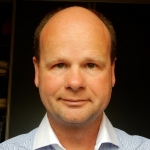 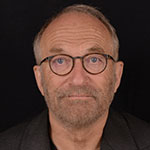 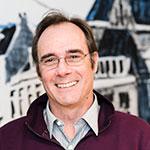 Why a webinar on haptic technology
for medical wearables?

The potential benefits of haptic feedback technology for the medical domain are numerous. Vibration wearables can relay information in an intuitive manner, help prevent sensory overload and improve quality of life and care. Some of the possibilities include:

But many valuable inventions never leave the research arena or get stuck at the prototyping stage due to insufficient technical know-how, poor planning or lack of commercialisation partners.

What you will learn

After this webinar, you will know all about the possibilities of haptic feedback technology for medical wearable development.

Prof Van Erp is the leading authority on haptic feedback technology: He will explain how haptic feedback works, the current state of the technology and potential applications. Our other speakers will discuss the practical side of developing medical wearables: Prof Kingma will discuss how he brought the BalanceBelt to market. Prof Ramsey will share his experience developing the NeuroShirt, a wearable that is currently at the prototyping stage and ready for clinical validation.

Host Elitac Wearables has developed a wide range of wearables for the medical domain, and specialises in haptic feedback and sensor integrations. After each presentation, there will be an opportunity to pose your own questions about haptic feedback and developing medical wearables to the presenters and host.

Get to know the speakers

The webinar has already taken place. Please register below to watch the full recording.

Jan van Erp is principal scientist with The Netherlands Organization for Applied Scientific Research (TNO) and full professor of tangible user interaction with the University of Twente. Jan obtained a master’s degree in Experimental Psychology from Leiden University and a PhD in Computer Science from Utrecht University, both in The Netherlands.

His research focusses on multisensory perception and cognition, applied neuroscience, robotics, and human-machine collaboration in complex environments. Jan is also an IPMA C certified project manager and acted as program director for many (international) R&D programs, including a 24M€ program on Brain Computer Interfaces.

Jan has published more than a hundred peer reviewed papers (h-index 44), held several auxiliary board and advisory functions (a.o. for ETSI, ISO, NATO and the Royal Netherlands Academy of Sciences) and serves on the editorial board of five scientific journals. Jan is the current (vice-)president of the Eurohaptics Society, general chair of Eurohaptics 2020, chair of the TNO Institutional Review Board for human subjects experiments, and chair of the NATO Research Group Cognitive Neuro-enhancement.

For several decades he saw as a Clinical Professor in Vestibulology many patients in consultation at the Maastricht university hospital for diagnosis and treatment of vestibular disorders. In 2001 he was appointed as full Professor at Maastricht University (MU), became emeritus in 2016; he was parallel appointed as Professor in Physics of the Vestibular System at the Technical University Eindhoven, The Netherlands, from 2002 to 2012; in 2015 he also became professor of Medical Physics at Tomsk National Research University and Director of the Tomsk International Science Program and in 2020 he became also adjunct Professor at the ENT department of Aalborg University in Denmark. Currently he holds the professor positions in Tomsk and Aalborg, and works as a scientist at MU.

In 1996 he was the primary initiator of the creation of international classification and standardisation committees within the Barany Society. His current research focuses on the development of vestibular protheses: the vestibular implant and the BalanceBelt. In August 2012 his team and the team of Prof Guyot in Geneva, successfully implanted the first artificial balance organ in humans in the world: the vestibular implant. In 2018 the only other currently available vestibular prothesis, a haptic feedback BalanceBelt, was developed into a clinical device by his research group.

Herman Kingma has given many hundreds of invited key note lectures worldwide and contributed to more than 300 international peer reviewed WI-1 international publications in biophysics and medical sciences. In 2011 he was awarded with the Ig Noble Price for Physics, in April 2016 at he became emeritus professor at UM and then awarded by three gold medals of honour by Maastricht University, Maastricht University Hospital and the Medical Faculty respectively. In December 2018 he was awarded with the medal of special merit of Tomsk State University.

Nick Ramsey has a degree in Psychology and a PhD in neuro-psychopharmacology, both from the University of Utrecht (Netherlands). He became a specialist in cognitive neuroimaging in the US (National Institutes of Health), and applies modern techniques, including fMRI and intracranial EEG, to questions on working memory, language, and sensorimotor function.

His primary goal is to acquire and translate neuro-scientific insights to patients with neurological and psychiatric disorders, with a focus on brain-computer interfacing. He is full professor in cognitive neuroscience at the department of neurology and neurosurgery of the UMC Utrecht since 2007.

He has been awarded several personal grants including a VIDI (NWO, 2002) for elucidating working memory, a VICI (NWO, 2006) and later a European ERC Advanced grant for developing intracranial BCI concepts for paralyzed people. The BCI research resulted in an implantable prototype for locked-in patients for which a clinical trial starts in 2014 (STW). He also was awarded a STW Valorisation grant (phase 1 & 2) for starting a spin-off company to provide Clinical fMRI reports to clinicians.

More recently Nick Ramsey was granted two grants from the National Institutes of Health concerning BCI implants. He is involved in several projects together with companies, among which the Neuroshirt project with Elitac Wearables. He has supervised over 25 PhD students and has (co)authored over 220 peer-reviewed publications. He is also scientific advisor to the Wyss Center for Bio and Neuro Engineering, and heads the spinoff company Braincarta BV.

This website uses cookies to improve your experience while you navigate through the website. Out of these cookies, the cookies that are categorized as necessary are stored on your browser as they are essential for the working of basic functionalities of the website. We also use third-party cookies that help us analyze and understand how you use this website. These cookies will be stored in your browser only with your consent. You also have the option to opt-out of these cookies. But opting out of some of these cookies may have an effect on your browsing experience.
Necessary Always Enabled
Necessary cookies are absolutely essential for the website to function properly. This category only includes cookies that ensures basic functionalities and security features of the website. These cookies do not store any personal information.
Non-necessary
Any cookies that may not be particularly necessary for the website to function and is used specifically to collect user personal data via analytics, ads, other embedded contents are termed as non-necessary cookies. It is mandatory to procure user consent prior to running these cookies on your website.
SAVE & ACCEPT